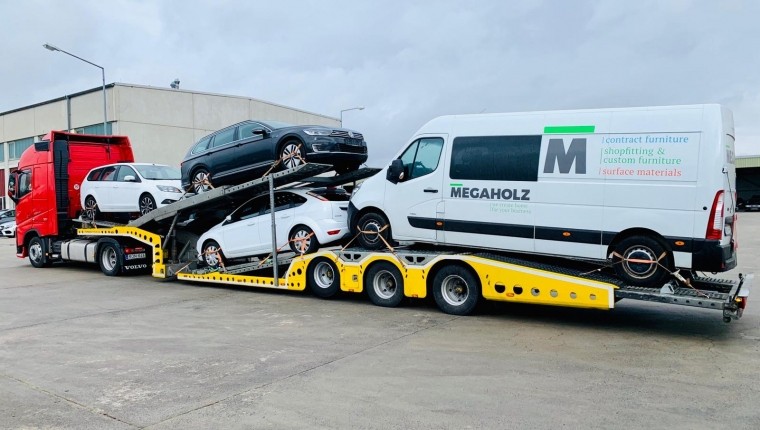 There have been three common cab configurations used in tractors, two are still widely used.

A tractor unit can have many axles depending on axle load legislation. The most common varieties are those of 4×2, 6×2 and 6×4 types. However, some manufacturers offer 6×6, 8x4, 8×6, 8×8, 10×8, and 10×10 axle configurations. A 6×4 has three axles, normally an undriven front steer axle and the two rear axles driven. 6×4 units are more common in long distance haulage in larger countries such as the United States and Australia. In Europe, the 4×2 and 6×2 variants are more commonplace.

Tractors with three axles or more can have more than one steering axle, which can also be driven. Most 6×2 units allow the undriven rear axle to be raised when lightly loaded, or running without a trailer, to save tire wear, save toll road fees, and increase traction on the driven axle. The 6×6 units have three axles, all can be driven, and 8×6 units have four axles, with either the rear three driven and the front axle not, or the front and rear-most two axles powered and an unpowered lifting bogie center axle to spread the load when needed. The 8×8 units also have four axles, but with all of them driven, and 10×8 units have five axles with the rear four usually driven and the front axle for steering. All five axles of 10×10 units are driven. The front two axles are usually both steer axles. The axle configurations are usually based on axle load legislation, and maximum gross vehicle weight ratings (BDM).

Heavier versions of tractor units, such as those used in heavy haulage and road trains, tend to have four or more axles, with more than two axles driven. In certain countries (such as Switzerland), a certain amount of weight must be spread over driven axles, which led to heavier varieties having six-wheel drive, otherwise another tractor unit would have to be used. Heavy haulage variants of tractor-units are often turned into a ballast tractor by fitting temporary ballast, which may require special permitting.